The New York Subway system is the world's largest subway systems.  It is comprised of some 468 stations and covers a distance of over 200 miles.

The subway network connects the NYC boroughs of Manhattan, Brooklyn, Queens and the Bronx. 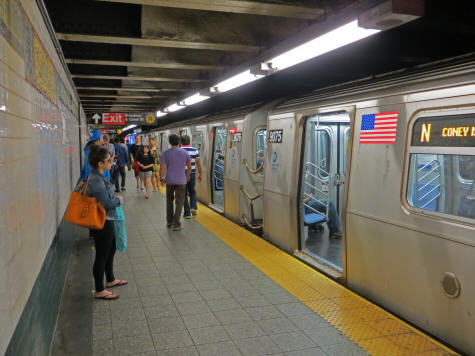 There are 27 different routes in NYC subway network.  Some routes are assigned a number while others are known by a letter.

The base fare for travel on the New York Subway is a flat $2.50.  Multiday passes are also available.