The Empire State Building in NYC New York was the tallest building in the world for some 40 years.  Built in the 1930s, the skyscraper retained its status until the World Trade Towers were completed in the 1970s.

The viewpoint on the 86th floor attracts some 4 million visitors each year.  It is open daily to visitors from 8 AM until 2 AM. 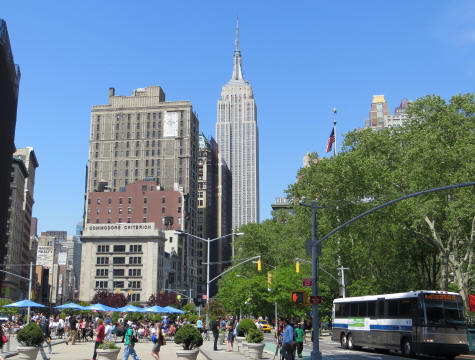 The Empire State Building is located in New York City at: