One World Trade Center (1 WTC) is the first of seven buildings in NYC New York that will replace the twin towers that were destroyed on September 11th, 2001.

The attractive 104-story building became the tallest structure in the Western Hemisphere in 2013 when the antenna at the top of the structure was completed. 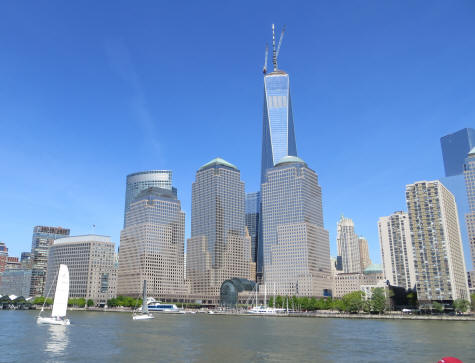 One World Trade Center is scheduled to open in 2014.  It is located in Lower Manhattan, near the (West) Hudson River.