This New York Convention Center has hosted some of the world's largest international conventions. 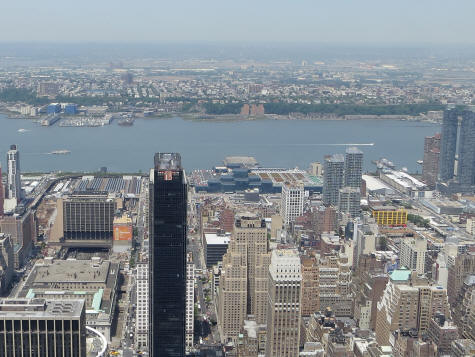 The Jacob K. Javits Convention Center is located on 8th Avenue between 34th and 40th Streets in NYC New York.  The main entrance is at: